The Nice Carnival celebrates the 150th anniversary of its parade from February 10th to 26th, 2023 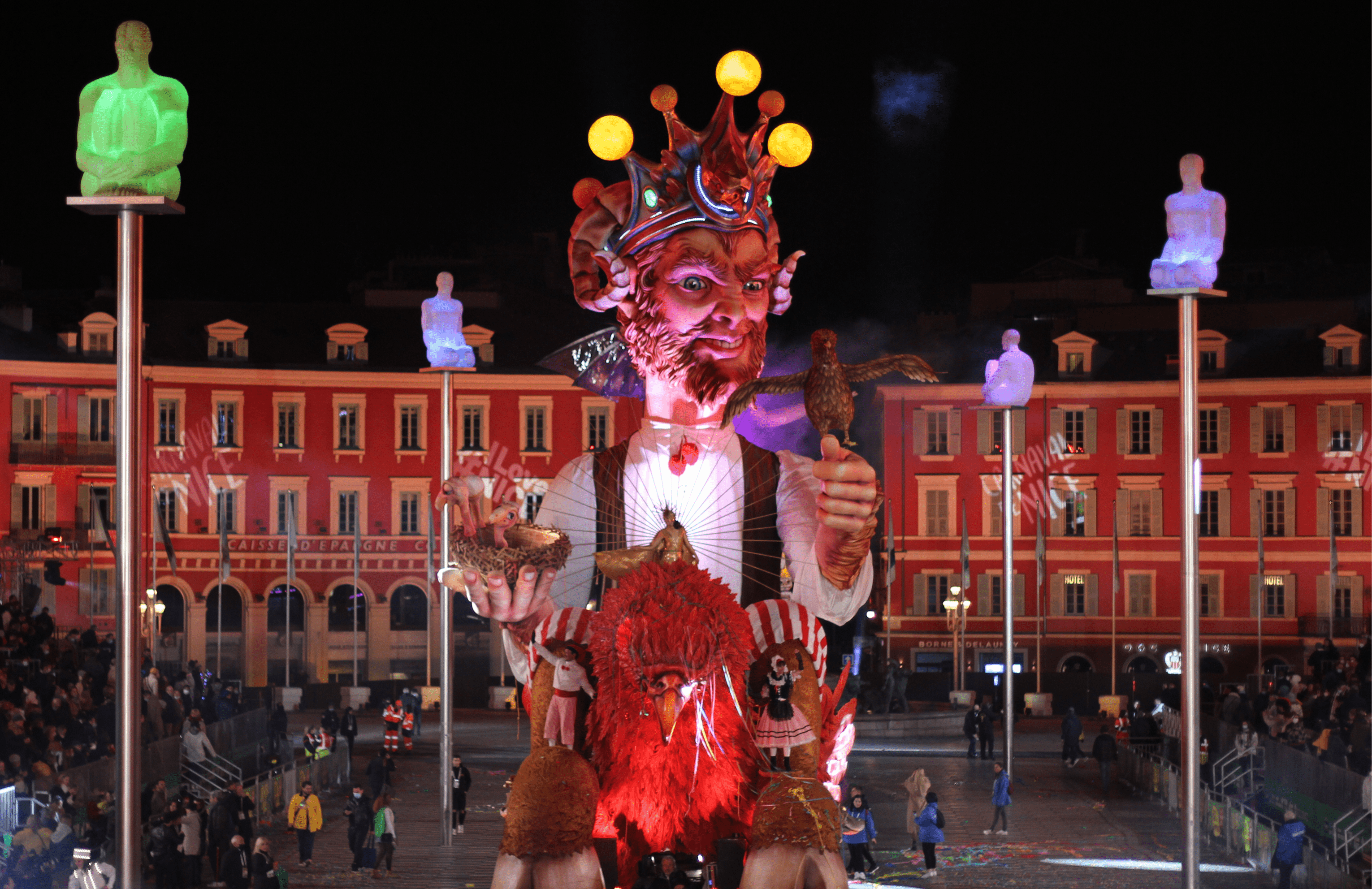 The Nice Carnival is back from February 10th to 26th, 2023 with a special edition! This year, for the 150th anniversary of its parade, Nice is hosting the King of World Treasures. As always, a grandiose show was organized and for this new edition, the revelers have outdone themselves. An unpublished story told by spectacular choreography, actors, dazzling floats, musicians, big heads… Enough to dazzle young and old around a most festive event of which here is the program.

To start the party as it should, the kick-off is launched during a very special parade with the legendary Carnival of Rio! Following this, place to two weeks of festivities alternating shows, parades and battle of confetti! Among the highlights, the Corso Carnavalesque Nocturne which, once night has fallen, invites floats and big heads to parade proudly alongside the King and Queen. And what would the Nice Carnival be without its famous battle of flowers? Prepare to catch the bouquets of flowers that will be sent to the public!

Finally, Lou Queernaval, the first gay carnival in France, is making a comeback on Place Masséna. For one evening, the LGBTQ associations and establishments of the Côte d’Azur come together to offer a most caustic show. The 2023 edition of the Nice Carnival will close as every year with the cremation of the King and a fireworks display.

Discover the complete program of the Nice Carnival 2023: The King of the Treasures of the World

For total immersion, don’t forget to book your carnival stay at the West-End Hotel from February 10th  to 26th, 2023.